Kher’s tweet seemed to reference the fact that Patra was heavily criticized on social media after he posted a picture of a child sitting on his grandfather— who was shot dead in Kashmir on Wednesday, July 1—with the caption: “PULITZER LOVERS ??” 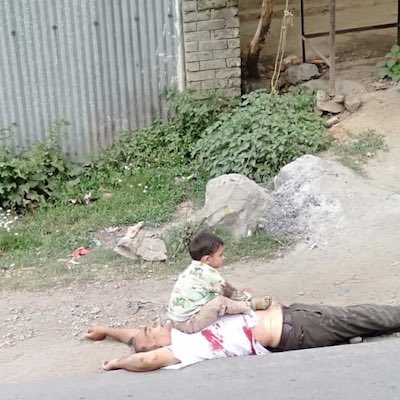 Bittu called Kher’s tweet an attempt by RSS to dilute the “strong tenets of Sikhism.”

He tweeted: “How dare @AnupamPKher use sacred words of Guru Gobind Singh ji to describe the spokesperson of BJP. It spoils the martial image of Sikhs. It is a bid of RSS to dilute strong tenets of Sikhism. PM Modi should tender immediate apology and kick out Kher and his wife from bjp.”

LONG ISLAND, NY (TIP): An Indian American, 18-year-old dental student at Adelphi University, was brutally killed after being run over by a driver who crashed into her SUV on Thursday, November 9. Taranjit Parmar, 18, […]

NEW YORK (TIP): Rakesh Vohra, George A. Weiss and Lydia Bravo Weiss University Professor at Penn, has won the 2020 SIGecom Test of Time Award for his paper, “Calibrated Learning and Correlated Equilibrium.” The SIGecom Test of […]

RING IN THE NEW YEAR!

NORM LEWIS – NJPAC In Your Living Room (Thursday, Dec 31 at 12 a.m.) By Mabel Pais Norm Lewis and his holiday shows at ‘Feinstein’s/54 Below’ have become a New York City tradition over the […]