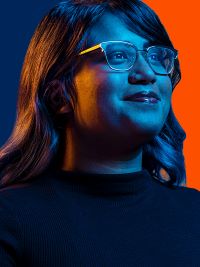 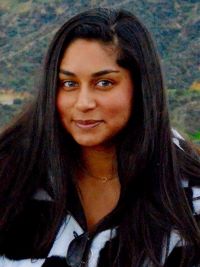 URBANA-CHAMPAIGN , IL (TIP): Two Indian Americans are among Fourteen University of Illinois at Urbana-Champaign students and recent alumni who were offered Fulbright grants to pursue international education, research and teaching experiences across the globe this coming year.

Ravisundar also worked as a research assistant studying gender violence and substance misuse, applying that research as a legal case worker at the Parliament of the United Kingdom. A first-generation American, Ravisundar tutored refugee children in English and math through the organization Refugee Tutoring. Ravisundar is currently employed by Fragomen LLP as a paralegal and said she hopes to begin law school and pursue a career in family law.

Aboorva Sivasankaran, of Huntley, Illinois, and a graduate of Huntley High School, was offered an English Teaching Assistant position in South Korea. Sivasankaran graduated from Illinois in 2019 as a James Scholar honors student with a bachelor’s degree in psychology. She currently resides in Atlanta. On campus, Sivasankaran served as a lead peer adviser in the Division of General Studies and as an English native speaker volunteer with English Corner. She also worked to destigmatize mental illness as a member of the National Alliance on Mental Illness.

Sivasankaran served as an event coordinator of KConnect, a social organization for fans of Korean pop culture, and regularly participated in Korean conversation tables. Sivasankaran said she plans to attend graduate school in family counseling upon her return from her Fulbright year. She said the Fulbright would help her understand Korean families, which would inform her studies and career helping Korean and other Asian families and children in the U.S.

Challenges to Conservation of Ganga

Prime Minister Narendra Modi has made clear his commitment to clear up the Ganga River. This is a most welcome step since Ganga is Holy to People world over. Ashes of many American Indians are taken […]

WASHINGTON: The Obama administration is exploring a possible civilian nuclear deal with Pakistan ahead of Prime Minister Nawaz Sharif‘s visit to Washington later this month, if media reports are to be believed. One of Washington’s well-briefed columnists, David […]