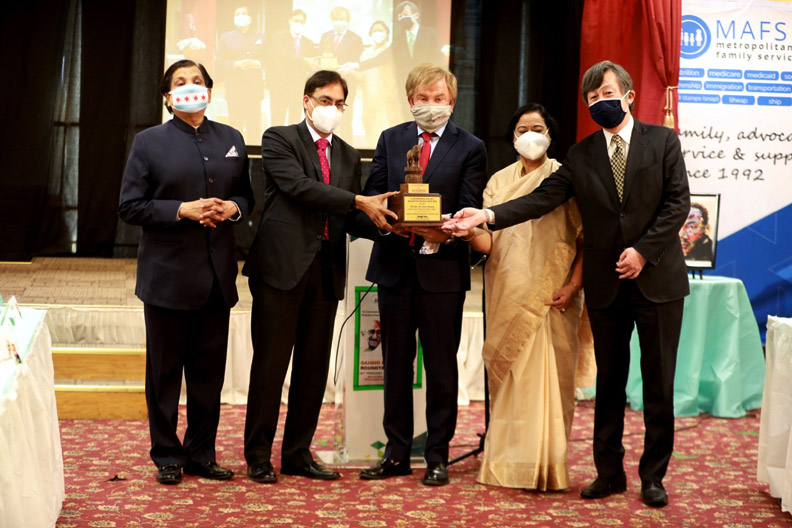 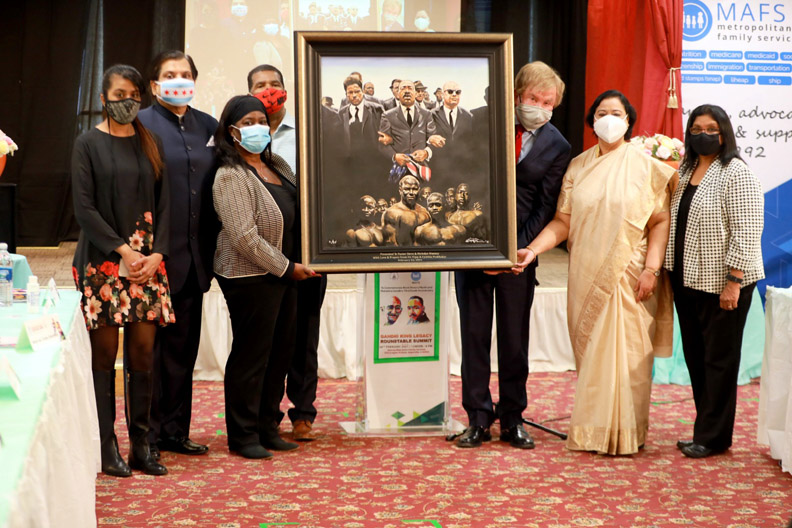 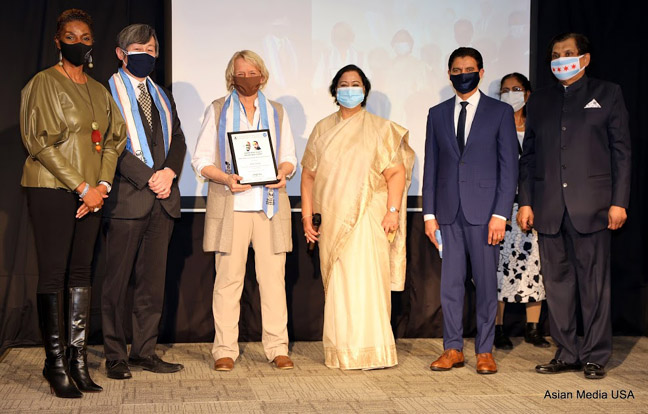 Ms. Vasavi Chakka, Commissioner, Naperville Sister Cities Commission moderating the Summit stated that this Summit is being held to Commemorate the Black History Month and Mahatma Gandhi’s73 Death Anniversary with the theme being, “Challenges of the Behavioral Health Crisis during the COVID pandemic.

Dr. Mrs Santosh Kumar, Founder Executive Director of Metropolitan Asian Family Services welcoming the Roundtable Summit stakeholders said that this is the first time a Gandhi King Roundtable Summit is being held in Illinois State and stressed that the Summit is addressing the important issue of Behavioral Health and how to improve and increase the Behavioral Health Resources in our communities which is the most effective way to continue the legacy of the legends Mahatma Gandhi and Martin Luther King Jr.

Ambassador Amit Kumar, Consul General of India at Chicago inaugurating the Summit said the greatest testament of the Gandhi King Legacy is the current strong ties between India, the largest democracy and USA, the Oldest democracy, at the highest levels and recalled the role of India under Prime Minister Narendra Modi‘s leadership during the COVID pandemic. The supply of Indian made vaccines to several countries recently is yet another glowing example of India’s Prime Minister Modi’s global leadership, he added. CG Kumar thanked the organizers for hosting the Roundtable Summit on the Legacy of Mahatma Gandhi and Dr. Martin Luther King and to commemorate the Black History Month. He recalled that their life, message and philosophy continue to inspire us all, that life of Mahatma Gandhi was very closely followed in the US, referred to the historic visit of Dr. King to India in 1959 and efforts to spread the legacy of these two leaders. He referred to the Gandhi-King Scholarly Initiative Act passed by the US Congress in 2020 that was initiated by late Congressman John Lewis, another iconic figure in the civil rights movement. He thanked Representative Danny K Davis, for his strong support to India-US ties, and recalled his initiative to establish the Multi-Ethnic Advisory Task Force a decade ago to empower different ethnic communities in his district. He also acknowledged the exemplary contribution of the Indian American community in helping local communities in several ways during the Covid-19 period.”

Consul General of India Amit Kumar along with Consul General of Japan Kenichi Okada at Chicago jointly presented the Gandhi King Legacy Award of Excellence 2021 to Dr. Steve Munsey, Founder, Family Christian Center, Munster, Indiana for his extraordinary leadership to the underserved communities of Northwest Indiana and the City of Chicago during COVID pandemic from June 2020 to present. Dr. Steve Munsey, Author, Pastor, Creative Director, and Producer giving the Dr. Gandhi King Legacy Oration 2021 extolled all the leaders to emulate the virtues of these two great legends by their actions in their day to day lives and implement life transforming programs with purposeful goals. Dr. Munsey spoke about the need to make Behavioral Health Care affordable and accessible to all especially the vulnerable sections of the community now.

Marvin Lindsey, CEO, Community Behavioral HealthCare Association of Illinois delivered the Key Note Address. U.S. Congressman Raja Krishnamoorthi (8th-IL) in his remarks said, “I don’t need to tell you that this is Black History Month and this month, we celebrate the legacy of Dr. King And I don’t need to tell you that Dr. King was inspired by Mahatma Gandhi of India. Now today, we are coming together to celebrate this joint legacy , one of nonviolence, one of justice, one of making sure everyone has a seat at the table, and that no one is on the menu . That is what today’s roundtable is all about.

Dr. David Albert, Director, Division of Mental Health, Illinois Department of Human Services gave the Call to Action. Dr. David Albert said that the State Of Illinois runs Seven Psychiatric hospitals and funds 207 Community Mental Health Centers in the State of Illinois. Dr. Albert said that during the COVID pandemic, the need for special attention to the Senior Population and the Youth /Students population is engaging the department.

Moscow (TIP): Dozens of protesters and 12 policemen died during extraordinarily violent demonstrations in Kazakhstan that saw government buildings stormed and set ablaze, authorities said on January 6. One police officer was found beheaded in […]