Taliban likely to gain ground in Afghanistan this year: US intelligence official

WASHINGTON (TIP): The Taliban is likely to gain ground in Afghanistan this year and the security situation will deteriorate in the country in 2018, a top US intelligence official has told US lawmakers. 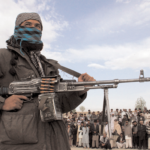 “Although the Taliban was unsuccessful in seizing a provincial capital in 2016, it effectively navigated its second leadership transition in two years following the death of its former chief, Mullah Mansoor, and is likely to make gains in 2017,” Coats said in his testimony on worldwide threats.

“The overall situation in Afghanistan will very likely continue to deteriorate, even if international support is sustained,” he said.

According to Coats, the intelligence community assesses that the political and security situation in Afghanistan will almost certainly deteriorate through 2018 even with a modest increase in military assistance by the US and its partners.

“This deterioration is undermined by its dire economic situation. Afghanistan will struggle to curb its dependence on external support until it contains the insurgency or reaches a peace agreement with the Taliban,” Coats said.

“Kabul’s political dysfunction and ineffectiveness will almost certainly be the greatest vulnerability to stability in 2017,” Coats said.

The ANSF will almost certainly remain heavily dependent on foreign military and financial support to sustain themselves and preclude their collapse, he said.

Coats said the fighting will also continue to threaten US personnel, allies, and partners, particularly in Kabul and urban population centres.

Islamic State militant group’s Khorasan branch (ISIS-K) which constitutes ISIS’s most significant presence in South Asia–will probably remain a low-level developing threat to Afghan stability as well as to US and western interests in the region in 2017, Coats said. (PTI)

WASHINGTON (TIP): The United States and other stakeholders in Afghanistan are scrambling to organize a response to the sudden disclosure that Taliban chief Mullah Omar has been dead for sometime and a council of the […]

KABUL, AFGHANISTAN (TIP): An Afghan official has confirmed that an attack on a police checkpoint in the southern province of Kandahar has killed five policemen. The Taliban have claimed responsibility for the attack. Zia Durani, […]

NEW DELHI (TIP): Five Nepalese guards, injured in a suicide attack in Kabul two days ago, are under treatment at the city-based Indraprastha Apollo Hospital, hospital authorities confirmed on June 23. “We have received five […]