There are plenty of interesting places to visit in and around Munnar. While nature lovers must visit places like Echo Point, Eravikulam National Park and Kundala Lake, there is a lot for culture buffs as well. The dolmens and rock paintings at Marayur near Munnar, and the Tea Museum that is one of the biggest tea estates in town, are great for some cultural and historical insight. Other than these, the lush green tea estates that line the roadside in Munnar are a no less attraction for those who can marvel at picture perfect scenic beauty.

Marayur Dolmens (burial chambers) are one of the secret places to visit around Munnar. These lie at some 42 km from Munnar on SH 17 and date back to Stone Age, somewhere around 10,000 BC. There are dozens of dolmens peppered around Thenkasinathan Temple near River Pambar. Some of the dolmens, supposedly, date back to Iron Age as well. Other than these intricate burial chambers, the ancient rock paintings in the region are worth a dekko as well. Some of the most interesting paintings can be seen at Kovilkadavu that lies at a distance of around 5 km from Marayur. It is one of the most important sites famous for rock art in Kerala. 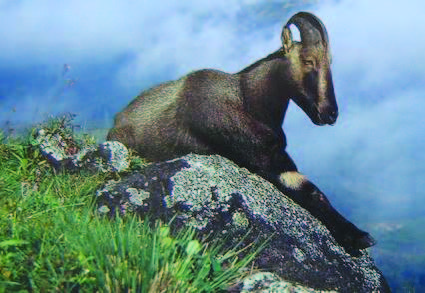 The Eravikulam National Park is covered with grassland, shrubs and forest. Twenty six species of mammals have been recorded in this national park with an estimated population of 750 Nilgiri Tahr. Gaur, Indian Muntjac, Sambar Deer, Nilgiri langur, Indian Porcupine, Nilgiri Marten, small clawed otter and elephants are among other species spotted here. Eravikulam National Park has a tropical montane climate and the peaks experience heavy rainfall from June to August. The only road within the tourism zone of Eravikulam National Park passes through the southern extent towards Rajamallay tea estate. The national park is governed by the Department of Forest and Wildlife Government of Kerala.

Kundala Lake lies, at some 20 km from town centre, on the road to Top Station. A scenic place that looks more like a picture postcard, Kundala Lake is a major attraction. You can go boating at the lake in one of the many colourful shikaras available here. The lakeside is quite famous for the neelakurinji flowers that bloom in the region every 12 years. With some luck, you can even see hordes of wild elephants loitering on the banks here. A perfect place for nature and photography lovers, Kundala Lake is a great option for a quick family picnic.

Other than its world famous tea estates, Munnar also has a tea museum to its name. This interesting museum is set inside the Nallathanni Estate and is a must-visit for tea aficionados. It houses Rotorvane, a 1905 tea roller, a second century burial urn that was found in one of the tea estates around and fascinating information and photographs that date back to the colonial era in India. The museum traces the history and growth of Munnar’s tea estates, taking you back to the time when Munnar was a simple hill town and pioneers of tea industry started the revolution that placed it on every tea lover’s bucket list.

Echo Point, at a distance of around 13 km from town centre, is one of the most famous attractions of Munnar. It is a lakeside famous for its natural echo phenomenon, where whatever you speak loudly comes ringing back at you! The lush green lakeside is a sight to behold and sees a steady trickle of tourists.

Why China’s millennials are happy to own nothing

BLOOMBERG (TIP): Two decades ago, Tyler Xiong and his parents had to live in a commune guided by the strict socialist teachings of Mao Zedong. Today Xiong, a 28-year-old tech entrepreneur, voluntarily lives among 500 […]

VICTIM OF HACKS AND SCAMS? THE DOs AND DON’TS OF USING SOCIAL MEDIA & APPS

Social networking sites and applications are increasingly becoming a part of our everyday lives. We use them to communicate with people around us, network for jobs, and connect with others with similar interests. However, using […]

Actress Angelina Jolie says she is now looking to focus on her directing career. “I’ve never been comfortable as an actor — I’ve never loved being in front of the camera. I didn’t ever think […]